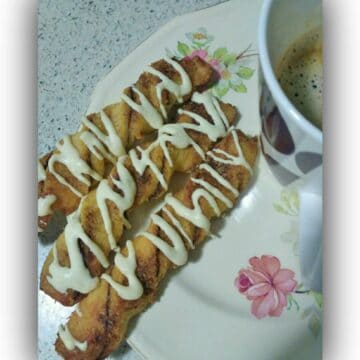 These delicious twists use the famous fathead dough. It’s amazing how well this dough turns out; you would never know it was based on cheese!